Reading, Writing and 'Rithmetic? What Makes a Good School Story?

Between back-to-school sales and the calendar itself, it's clear that the end of summer is almost here and getting to be time for school to return to session. I remember the days when school ended at Memorial Day and restarted after Labor Day. Today's schools often go into July and resume in August. What happened to June, July, and August? With a bouquet of freshly sharpened pencils, perhaps you're ready to get back to what you love most: putting the right book into the hands of the right reader. With a topic like school stories, what exactly, are you looking for? A good school story of course, takes place at school. Setting is critical.  School connects the characters in a way that moves the problem along. Save Me a Seat by Sarah Weeks and Gita Varadarajan is a perfect example. Enter Ravi, a new student from India. He's been an excellent student and leader at his old school, but now his cultural differences make him a target for bullying. Counter him with another long-unpopular, struggling student and viola! you have conflict and hopes of a resolution. In Gertie's Leap to Greatness by debut author Kate Beasley, Gertie's plot moves forward thanks to her part in the school play. Her real problem, however, is much more complicated than a part in the class production and merely taking place at school is hardly what makes it a good story. (More about that later.) Boarding schools come with their own set of potential issues. Kids can't go home to escape the problems they face. Drama can happen in the dead of night (when it's  creepy and scary. Think Silver by Chris Wooding.). A Study in Charlotte by Brittany Cavallaro is set in a boarding school. We meet Holmes and Watson (descendants, you know) who are framed for copy-cat murders. Could it have happened anywhere else? Probably not: you need the dormitory and the lab for key incriminating scenes. What about The Assassin Game by Kirsty McKay? In this boarding school, it's kill or be killed. A secretive elite club's initiation rites become literally deadly. Once establishing a particular school setting, an author must find a theme. Back to Gertie’s leap to Greatness: Gertie is sure her estranged mother will pay attention to Gertie’s greatness when she stars in the play. Meanwhile, a savvy reader worries whether Gertie’s mom will even show up. In Ravi's story one theme is bullying, but it's also about adjustment to a new school and a new country. Readers will find that a good school story is more than a story about a school problem. Friendship, self-acceptance, and family are often additional themes. For example, in Sara Pennypacker's new book, Waylon! One Awesome Thing, Waylon has a problem with choosing sides at school. He wonders: Why can't we all be friends? To make matters more complicated, though, a boy with a "past" wants to be his friend. Can Waylon practice what he preaches? Just like any other story, a school story needs believable characters. In Towers Falling by Jewell Parker Rhodes, we have a serious problem in a school setting. It's the 15th anniversary of 9/11. The kids in Ms. Garcia's class are 10-years-old. They weren't even alive during the terrorist attack. Why should they care about this new unit of inquiry at school? Dèja's family is in a homeless shelter, but she doesn't realize how history brought her there. Her school friends have their own connections to the tragedy. Today's readers will identify with these children, and with them learn the importance of knowing our own history. And then there's Juana & Lucas by Juana Media. Based on the author's childhood, a little girl named Juana ( pronounced Who-Ah-Na) has school is the setting, but the problem, as in Towers Falling, is a particular unit of study: "the English." Juana and her classmates live in Bogotá, Colombia. When their teacher announces they will learn "the English," Juana sees no value in it at all until encounters with adults in her neighborhood give her plenty of reasons to try. So, school setting + problem + characters = good school story. Check out some of these new #JLGSelections for fall 2016 and see for yourself. Elementary Juana & Lucas by Juana Medina Waylon! One Awesome Thing by Sara Pennypacker. Illustrations by Marla Frazee Sam the Man & the Chicken Plan by Frances O’Roark Dowell. Illustrations by Amy June Bates School’s First Day of School by Adam Rex. Illustrations by Christian Robinson Me First: Prefixes Lead the Way by Robin Pulver. Illustrations by Lynn Rowe Reed Upper Elementary The Marvelous Magic of Miss Mabel by Natasha Lowe Wish by Barbara O’Conner Save Me a Seat by Sarah Weeks and Gita Varadarajan Garvey’s Choice by Nikki Grimes Jubilee by Patricia Reilly Giff Rookie of the Year by Phil Bildner Towers Falling by Jewell Parker Rhodes Middle The Best Worst Thing by Kathleen Lane Ms. Bixby’s Last Day by John David Anderson School of the Dead by Avi All Rise for the The Honorable Perry T. Cook by Leslie Conner Paths & Portals: Secret Coders by Gene Luen Yang.  Illustrations by Mike Holmes High School The Assassin Game by Kirsty McKay Interference by Kay Honeyman Don’t Get Caught by Kurt Dinan 100 Days by Nicole McInnes Enter Title Here by Rahul Kanakia Resources Ford, Deborah B. “New Books for Back-to-School.” On the Radar. School Library Journal. August, 31, 2012. Gershowitz, Elissa. “Preschool Milestones” The Horn Book. July 11, 2016. Hewes, Nicloe. “Thinking About School as a Privilege.” Lolly’s Classroom. The Horn Book. January 6, 2015. Fleishhacker, Joy. “It’s Back to School: Stories to Share.” School Library Journal. August 11, 2015. Save Save Save Save Save Save 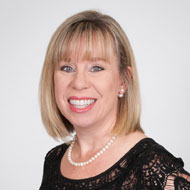