Librarian of the Month: September 2020

JLG’s Librarian of the Month honor goes to Washington Community High School in Washington, IL and their inter-stellar librarian, Thomas (Tom) Gross. He's been a JLG member for 6+ years, but his passion and dedication for his library, students and community is what caught our eye. Here’s his story... 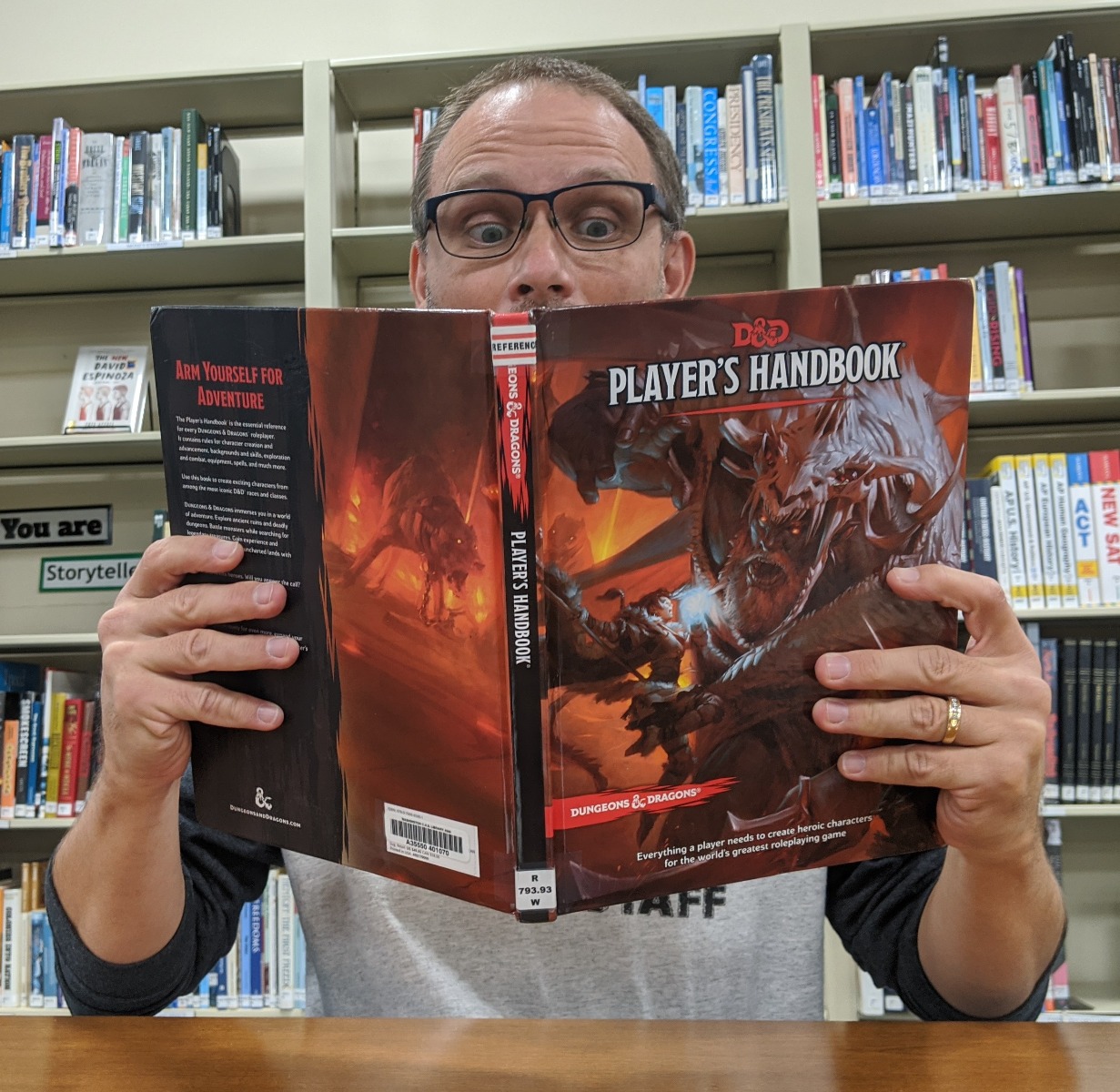 From Padawan to Jedi Master

Tom Gross started his career as a high school History and English teacher. For 10 years, Tom dedicated his time to the many duties of teaching, like the tiring and long nights spent at home grading papers. On one such night when Tom and his wife, a fellow teacher, sat side-by-side grading papers, they looked at each other and decided one of them needed a change. So, Tom decided it was time to learn some new tricks. Shortly afterwards, he received credentials for being a Media Specialist and has been a librarian for the last 6 years.

Outside of the library, Tom spends his time with his wife and two daughters along with pursuing his interests in cycling, playing tabletop games, and co-hosting a Star Wars themed podcast. He’s ridden long-distance on many occasions, although his longest ride was Central, IL to Minneapolis, MN. He’s also ridden from Chicago to St. Louis! He loves cycling so much that he's taught it indoors at a local community health center for the last 13 years. Cardio definitely isn’t his arch-nemesith.

All in a Rey’s Work

A passionate Star Wars fan, Tom uses his admiration for the franchise to make himself and his library a force to be reckoned with. Tom rebels in being a Star Wars “nerd”, because he hopes it will prompt his students to learn what they’re passionate about. “The way you make a connection with kids in schools is to expose and use your passions to connect with them and help them validate the things they love – even if they aren’t the same things,” he said. Tom wants his kids to look at his passions and ask themselves: “what do I love? What am I passionate about?”

To Tom, the library is nu place for tomfoolery. It’s the heart of the school; a resource for students, teachers, and the community. He considers himself as much of a resource as his library. As he trained to be a librarian, Tom realized that the librarian was more than a resource for students and faculty; they are the protector of stories and voices. “Being a librarian,” Tom mentioned, “I have hundreds of stories and voices around me and I realized the way we learn is through stories – whether fiction or nonfiction – it's an important part of being a librarian to let students and teachers know that the library is built of stories they need and want.”

His motto is: “be present, be positive, and be productive.” When visiting classrooms to lead a PD initiative called Project CRISS (Creating Independence through Student-owned Strategies), he starts off with this motto. Project CRISS is an institutional philosophy to teach students how to learn in addition to what they learn. Tom hopes that this will help his students find the best way they learn, and his teachers find the best way to teach them.

Taking it to the Rex Level

But Tom’s passions for cycling, Star Wars, and tabletop games doesn’t stop at connecting with just his students. He’s taken his love for these to the rex level by integrating them into his work with the school and community.

His love of tabletop games has also made it’s rae into the school. A gamer for over 40 years, Tom has built a large group of excited student and teacher gamers, too! At one point in the last 6 years, he started a school game club which has grown to over 70 members, including teachers! This club hosts massive D&D game nights, and since it is so large, it offers leadership opportunities for some of the members. He even hosts teacher-only D&D game nights on the weekends, as a crait way to promote teamwork and build staff camaraderie. 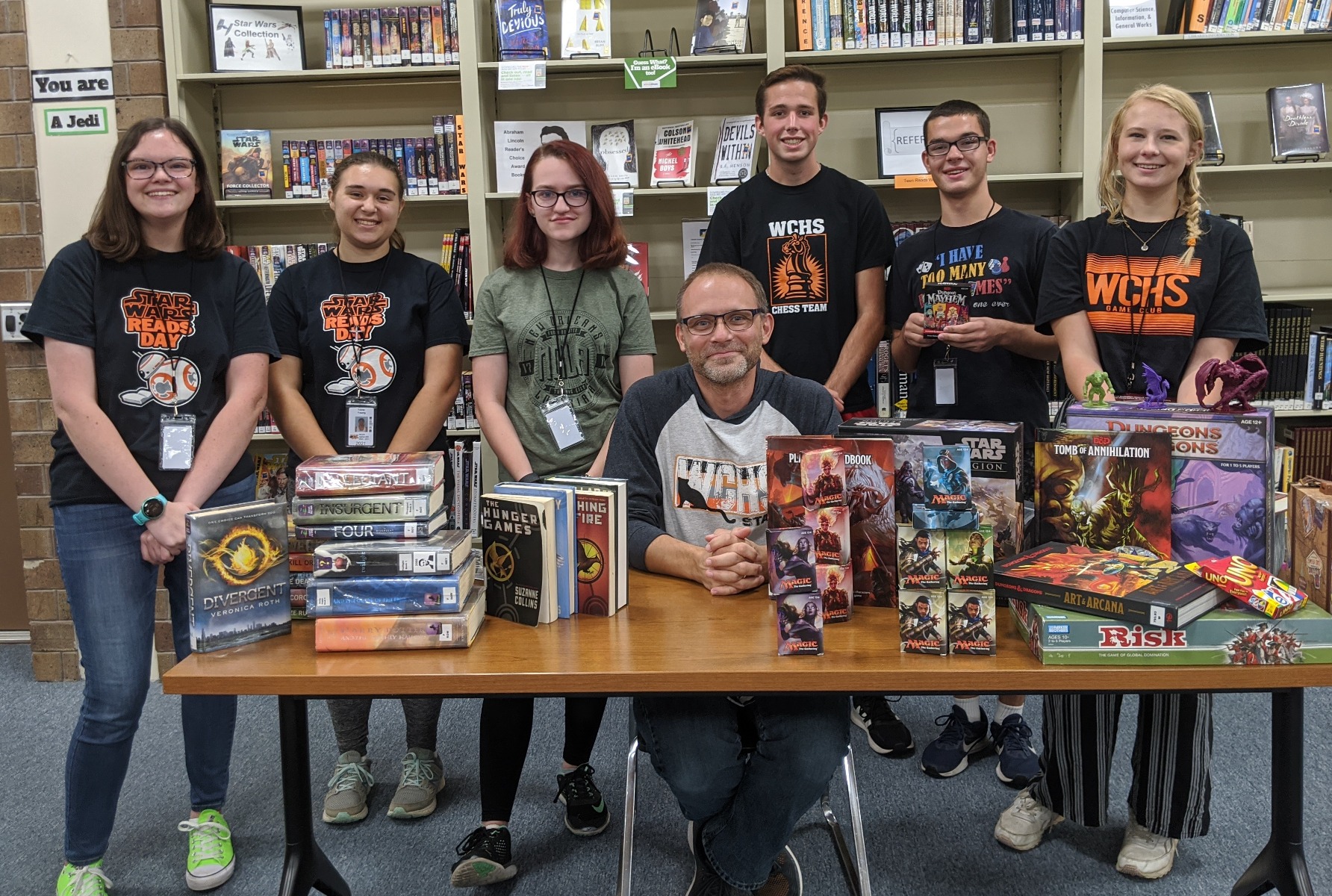 Of course, his love for Star Wars has infiltrated the library, chew! Typically, in October, Tom hosts a Star Wars Reads evening in the library (an international “holiday” that occurs every October). On the designated Saturday, Tom invites the entire community into the library for what ends up looking more like a miniature Comicon! He gives away books, brings in local authors and artists, and even hosts live podcasts. He partners this event with the local public library and student organizations, helping them all get new exposure. This past school year, he decided to host the event in January – and over 500 people attended! All for their love of Star Wars, art, and reading. WOW!

A Little Love for JLG

Tom enjoys his JLG subscription because we save him time so that he can focus on what he really loves – sharing his passions with his students, colleagues, and community. But sidiously, we at JLG can’t wait to see what exciting things he does this year with all that extra time!

Note: Post not sponsored by Star Wars, Disney, or LucasFilms... but we sure wish it was. 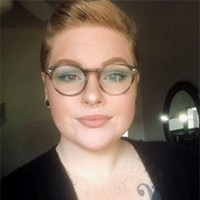