When we say the words “graphic novel” what comes to mind for you? Do you immediately think about comics, titles with lots of dialogue and pictures, or books for young and middle-grade readers? While you are correct, that graphic novels are all of those things, they are also so much more! Graphic novels are a great way to engage reluctant readers, and even high school students as well.

Graphic novels are a form of storytelling that can be used for any genre, from realistic fiction to nonfiction, fantasy and science fiction, and everything in between. For high schoolers, who read tough texts at a high comprehension level every day, graphic novels can be a refreshing change of pace. Reading in a different format can also challenge readers’ comprehension skills while retaining the same basic elements of a great story.

Through interaction between the text and the images, readers are often forced to use context clues in order to understand the story. Where a story that just has text will explain how the characters are feeling, graphic novels will often just have dialogue and use images to represent all other aspects of the story. This challenges readers and provides them with a new experience, even if they are reading their favorite tale. Speaking of new experiences, adapting classic stories into graphic novel format, as many authors are now doing, is a wonderful way to breathe new life into old stories and can be a great way to give readers more context about the text.

JLG’s Editors read thousands of books every year in search of the best books in children’s and YA literature. Here, you can see some of JLG’s upcoming graphic novel picks for teens. Your library collection will benefit from these accessible and exciting titles. Add more graphic novels to your collection by subscribing to any of JLG’s high school categories.

To John Lewis, the civil rights movement came to an end with the signing of the Voting Rights Act in 1965. But that was after more than five years as one of the preeminent figures of the movement, leading sit–in protests and fighting segregation on interstate busways as an original Freedom Rider. It was after becoming chairman of SNCC (the Student Nonviolent Coordinating Committee) and being the youngest speaker at the March on Washington. It was after helping organize the Mississippi Freedom Summer and the ensuing delegate challenge at the 1964 Democratic National Convention. And after co-leading the march from Selma to Montgomery on what became known as “Bloody Sunday.” All too often, the depiction of history ends with a great victory. But John Lewis knew that victories are just the beginning.

One dark and stormy night, Haley sees a stranger drowning in the river. Since her greatest passion is Gothic romance novels, she knows her moment has come. But when Haley leaps into the water to rescue the stranger, she awakens in Willowweep. It certainly looks like the setting of one of her favorite books: A stately manor. A sinister housekeeper. Three brooding brothers. There’s even a ghost.

Except Willowweep is not what it seems. Its romantic exterior hides the workings of a pocket universe—the only protection our world has against a great force of penultimate evil, and its defenses are crumbling. Could cruel fate make Haley the heroine that Willowweep needs?

The consequences of the terrorist attack on the World Trade Center in New York City, both political and personal, were vast, and continue to reverberate today. Don Brown brings his journalistic eye and attention to moving individual stories to help teens contextualize what they already know about the day, as well as broaden their understanding of the chain of events that occurred in the attack’s wake.

Allison is drowning under the weight of her manipulative stage-magician father. When he brings home the family’s first computer, she escapes into a thrilling new world where she meets Samir, a like-minded new online friend who has just agreed to run away from home with her.

After moving to a new town and leaving his friends behind, Richard receives a mysterious note in his locker with instructions on how to connect to “Evol BBS,” a dial-in bulletin board system, and meets a fierce punk named Tina who comes into his life and shakes his entire world view loose.

Nubia has always been a little bit…different. As a baby she showcased Amazonian-like strength by pushing over a tree to rescue her neighbor’s cat. But despite her having similar abilities, the world has no problem telling her that she’s no Wonder Woman. And even if she were, they wouldn’t want her. Every time she comes to the rescue, she’s reminded of how people see her: as a threat. Her moms do their best to keep her safe, but Nubia can’t deny the fire within her, even if she’s a little awkward about it sometimes. Even if it means people assume the worst.

When Nubia’s best friend, Quisha, is threatened by a boy who thinks he owns the town, Nubia will risk it all—her safety, her home, and her crush on that cute kid in English class—to become the hero society tells her she isn’t.

Such beautifully illustrated titles are coming this fall! We can’t wait to stock your shelves with these great graphic novels that your readers will be grabbing for years to come. Perfect for readers who want a change of pace, reluctant readers and everyone in between, these graphic novels are sure to excite and intrigue your readers. 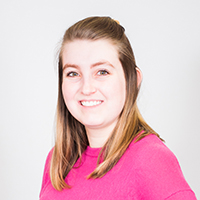