Get ready for the 2022 ALA Youth Media Awards!

The 2022 ALA Youth Media Awards will be held next week on Monday, January 24th at 9:00 AM EST. Every January, the American Library Association honors videos, books, and other content for children and young adults. This year, the awards will be held virtually, and can be streamed here.

Here is a quick rundown of each of the awards that will be presented this year.

The Alex Awards are a group of awards given to ten books written specifically for young adults every year. The Alex Awards began in 1998, and officially became part of the ALA Youth Media Awards in 2002.

Named after Newbery medal winning children’s author Virginia Hamilton, the Coretta Scott King – Virginia Hamilton Award for Lifetime Achievement honors an African American author or illustrator who has made a lasting impact on children’s literature. This award is also sponsored by ALA’s EMIERT.

The Children's Literature Legacy Award is presented to an author or illustrator within the United States whose work has greatly contributed to children's literature. This honor is formerly known as the Laura Ingalls Wilder Award and was created in 1954.

The Excellence in Early Learning Digital Media Award is relatively new and was created in 2019. This award honors a digital media producer that has created digital content for early learning audiences.

The John Newbery Medal is awarded every year to “the author of the most distinguished contribution to America Literature for children” according to the Association for Library Service to Children, which is a part of the American Library Association. This award was established in 1921 and was named after John Newbery, a British bookseller in the 18th century.

Established in 1988, the Margaret A. Edwards Award is presented to an author and their specific body of work. This award is given to an author and a piece that has significantly contributed to the world of literature for young adults.

This award is given to a book that “exemplifies literary excellence in young adult literature,” according to the American Library Association.

Established in 1966, the Mildred L. Batchelder Award is dedicated to an American publisher for outstanding books originally written in another language and translated to English to be published in America.

The Odyssey Award recognizes the ancient art of storytelling and honors a producer of the best audiobook for young adults published in the U.S. each year.

Pura Belpré was the first Latina librarian to work at the New York Public Library. The Pura Belpré award, given in her honor, recognizes a Latino/Latina writer and illustrator who celebrates their cultural experience through children’s literature.

The Robert F. Sibert Informational Book Medal honors distinguished informational books. This is awarded to the authors and illustrators of one piece every year.

Used to recognize literature that exemplifies the disability experience, the Schneider Family Book Award is given to one author or illustrator every year. There are three categories for this award: teen, middle school, and children’s books.

This award is given every year to a book relating to LGBTQIA+ experiences for young people. This award is presented by the Rainbow Round Table, which is a part of the American Library Association.

This award was originally created in 2009 and recognizes a first-time writer in young adult literature.

YALSA Award for Excellence in Nonfiction for Young Adults

This award recognizes nonfiction books for young adults. A short list of the top five contending titles is published in early December.

Looking to be ahead of the curve with your library collection? Get next year's winners as they are published through our monthly JLG shipments! Learn more about the services we offer on our website.

We will also be live-tweeting the awards ceremony for those who can’t tune in. Follow us on twitter at @JrLibraryGuild for real-time updates on the winners of each category and check out our blog next week for a full run down of the results. 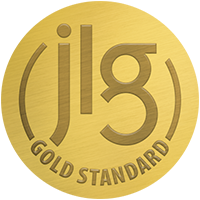