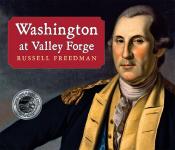 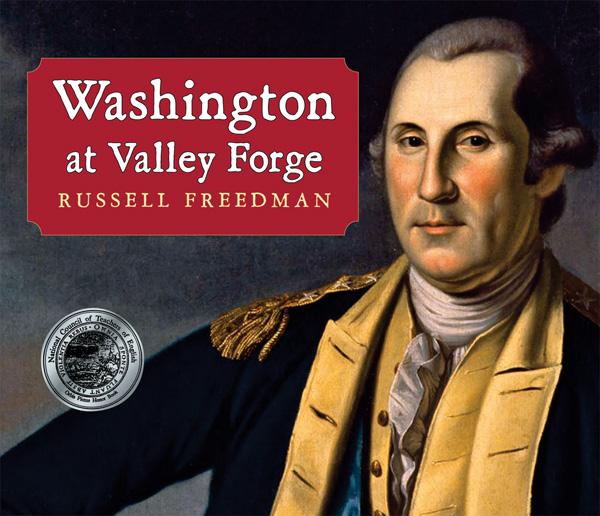 A 2008 NCTE Orbis Pictus Honorable Mention. "That winter, the British had their best chance to crush the American rebellion. Washington himself warned that his army was about to 'starve, dissolve, or disperse.' And yet the army did not fall apart. In June, the rebels marched out of Valley Forge tested, toughened, and ready to fight." In addition to providing fascinating details about how the soldiers of the Continental Army lived in Valley Forge, this book also paints brilliant portraits of the men who led them: Alexander Hamilton, the Marquis de Lafayette, Friedrich von Steuben, and, of course, George Washington. Source notes. Selected bibliography. Index. Black-and-white, sepia-toned, and full-color illustrations.

Eyewitness accounts add a great deal of texture to the history. “There comes a soldier;” wrote Dr. Albigence Waldo in his journal, “his bare feet are seen thro’ his worn out shoes . . . his shirt hanging in strings, his hair disheveled, his face meager; his whole appearance pictures a person forsaken and discouraged.” Freedman explains how the Continental Army not only survived, but prospered through the winter and spring of 1778: the nature of the living quarters they built, how they ate, and how they spent their time. He reveals that one reason for the privations suffered by the troops was that Congress did not believe the situation was as dire as it was; Washington feared that correspondence describing the situation would be intercepted by the British, who might attack if they understood how vulnerable the Revolutionary forces were.

The crisis is resolved as spring arrives and the army receives more supplies and support. Readers will experience a palpable sense of relief when General Steuben begins drilling the troops, when Washington learns that the King of France has signed a treaty of alliance with the United States, and when the American soldiers take back Philadelphia. This book is a treat for all readers, particularly those who enjoy American history and military narratives. 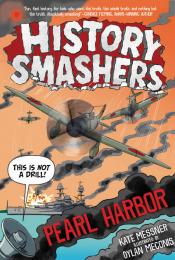 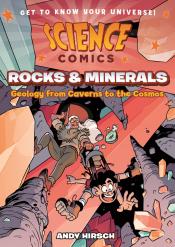 Rocks and Minerals: Geology from Caverns to the Cosmos: Science Comics 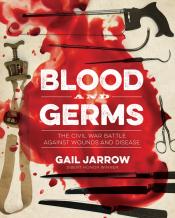 Blood and Germs: The Civil War Battle Against Wounds and Disease 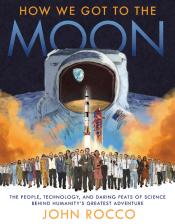 How We Got to the Moon: The People, Technology, and Daring Feats of Science Behind Humanity's Greatest Adventure