Every year, JLG’s Editorial team receives thousands of submissions from publishers; hopeful reps offering up their best upcoming books for our consideration, long before they’ve even gone to print. With only the words on these pages, our Editors identify those outstanding few that have what it takes to be a JLG Gold Standard Selection.

And, they know outstanding work when they see it.

Our renowned Editorial team has long been on the forefront of selecting books that go on not only to earn starred reviews and accolades—but to earn industry awards, honors and prestigious acclaim. Case in point: These astute Editors have selected the books that went on to earn Newbery and Caldecott Medals nearly every year for the last 20 years—as well as many of the Honor books.

Before publication. Before the reviews. And, all without a crystal ball.

We’re particularly proud of this accomplishment due to the prestigious nature of these two awards. The Newbery Medal, first established in 1922, is awarded annually by the American Library Association to the “author of the most distinguished contribution to American literature for children.” First awarded in 1938 by the Association for Library Service to Children, The Caldecott Medal annually recognizes the most distinguished picture book for children.

Here’s a recap of the JLG selections that earned these top awards over the last two decades:

2010 - When You Reach Me by Rebecca Stead (Wendy Lamb Books, an imprint of Random House Children's Books)

2004 - The Tale of Despereaux by Kate DiCamillo (Candlewick Press)

2003 - Crispin: The Cross of Lead by Avi (Disney-Hyperion Books for Children)

2016 - Finding Winnie: The True Story of the World’s Most Famous Bear illustrated by Sophie Blackall, written by Lindsay Mattick (Little, Brown and Company, a division of Hachette Book Group, Inc.)

2012 -A Ball for Daisy illustrated and written by Chris Raschka (Schwartz & Wade Books, an imprint of Random House Children's Books, a division of Random House, Inc.)

2008 - The Invention of Hugo Cabret by Brian Selznick (Scholastic Press, an imprint of Scholastic)

2001 - So You Want to Be President? illustrated by David Small, written by Judith St. George (Philomel Books)

It’s this track record—along with outstanding services and support—that is why more than 24,000 librarians trust JLG to assist with their collection development needs. Contact a Collection Development Expert to learn more or call 800-491-0174 to get started today. 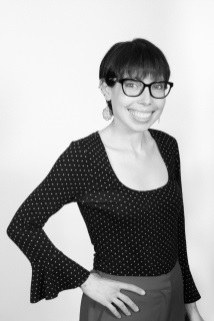